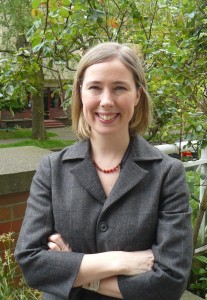 I am a Professor in the Department of Gender, Sexuality, and Women’s Studies (GSWS) at Simon Fraser University (Burnaby, British Columbia, Canada), where I have also served as Department Chair. I am currently Associate Dean, Undergraduate Programming, Teaching and Learning, and Student Experience (Faculty of Arts and Social Sciences).

My past research explored the impact of unemployment in the Great Depression on family life and masculinity; the emergence of the gendered welfare state; and survival strategies adopted by poor and unemployed families. My current research is on the history of the Vietnam war and the transnational and gendered politics of the draft resistance and antiwar movements in North America. I am also co-editing an edited collection on the emotional history of second wave feminism in Canada with Catherine Gidney and Michael Dawson. My book on the history of the suffrage movement in British Columbia was published by UBC Press in 2020 and received the Basil Stuart-Stubbs Book Prize for Outstanding Scholarly Book on British Columbia and the Canadian Historical Association Clio Prize for British Columbia.

I was awarded the Dean’s Medal for Excellence in Academic research, teaching, and service (Simon Fraser University, 2015); the National Capital Committee on the Scholarship, Preservation and Dissemination of Women’s History, Marion Dewar Prize, 2011 [Outstanding scholar based on record of research, teaching and administrative work]; Faculty of Arts and Social Sciences Cormack Teaching Award, 2010-11; and Honourable Mentions from the Canadian Historical Association (2010) and the Canadian Women’s Studies Association (2011) for Respectable Citizens: Gender, Family, and Unemployment in Ontario’s Great Depression (UTP, 2009).

I spoke on the Vancouver women’s suffrage movement in late May 2020 for the Vancouver Historical Society (postponed from March due to Covid-19).

(On hold due to Covid): Café Minerva is a free gender and women’s history group which holds events in Vancouver, British Columbia. It is organized by Dr. Willeen Keough (Department of History, Simon Fraser University) and Dr. Lara Campbell (Department of Gender, Sexuality, and Women’s Studies, SFU). We hold about four free events per year at different locations around the city. Check out our website at http://cafeminerva.weebly.com and follow us on twitter @Cafe_Minerva