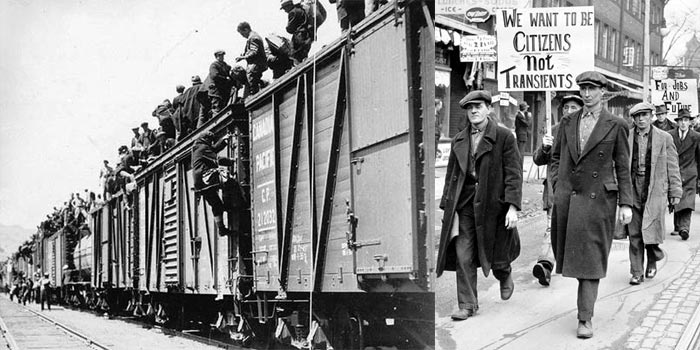 My research examines how high unemployment rates, humiliating relief policy, and the spectre of eviction characterized the experiences of Ontario families, and how collective action and protest redefined the meanings of welfare and citizenship in the 1930s.
I’m also inspired by social historians who trace the intricate details of family and community life, and my book looks closely at the material difficulties and survival strategies of families facing poverty and unemployment.

There is a wealth of primary materials relating to the depression. My research has drawn on local and national newspapers, Ontario family and juvenile court records, criminal case files, the papers of the Ontario Premier (George Henry and Mitchell Hepburn), government labour records, memoirs, and oral histories to uncover the ways in which the material workings of the family and the discursive category of ‘respectable’ citizenship were invested with gendered obligations and Anglo-British identity.