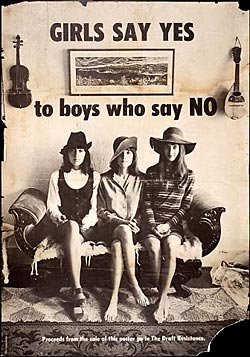 My current research is a SSHRC-funded examination of the gender politics of the Vietnam antiwar movement. I’m particularly interested in the experiences of draft-dodgers who immigrated to Canada from the United States to avoid the draft or protest the war. Themes I’m exploring include the relationship between courage, masculinity, and war service, the gendered politics of the antiwar movement in Canada (and the United States), and the roles that women played in immigration and protest on both sides of the border.

More details about the project: Gender and the Politics of Draft Resistance in Canada and the United States. If you are interested in telling your story as a Vietnam draft or war resister, I would like to hear from you.

My past research project was on the history of the Great Depression, particularly the impact of unemployment on men, women, and children.  Click on the above link to read more about this project and my book: Respectable Citizens: Gender, Family, and Unemployment in Ontario’s Great Depression. Toronto: University of Toronto Press, 2009.