I grew up in Hamilton, Ontario and completed my first two degrees (a B.A. in history and a B.S.W. in social work) at McMaster University. Both degrees nurtured an interest in the historical and intersecting structures of inequality, the history and functioning of the welfare state, labour history, and women’s history.

When I began my M.A. research at the University of Toronto, I was initially interested in the history of domestic violence in Canada, but I soon became intrigued by the relationship amongst unemployment, violence, and masculinity. I thought that a close analysis of the Great Depression, with its high unemployment rates and inadequate welfare programs, would be a good opportunity to research all of these issues. Supervised by Dr. Sylvia Van Kirk, I began researching the experiences of women in the Great Depression.

Continuing into my Ph.D. at Queen’s University where I worked with Dr. Karen Dubinsky, I soon realized that the story of the depression–particularly its impact on family life–had yet to be fully told. After graduating from Queen’s in 2002, I taught for two years at Nipissing University (North Bay, Ontario) where I taught Social Welfare, Canadian History, and Gender Studies. In 2004, I moved to Vancouver to teach Canadian Women’s History in the Department of Gender, Sexuality, and Women’s Studies at Simon Fraser University. 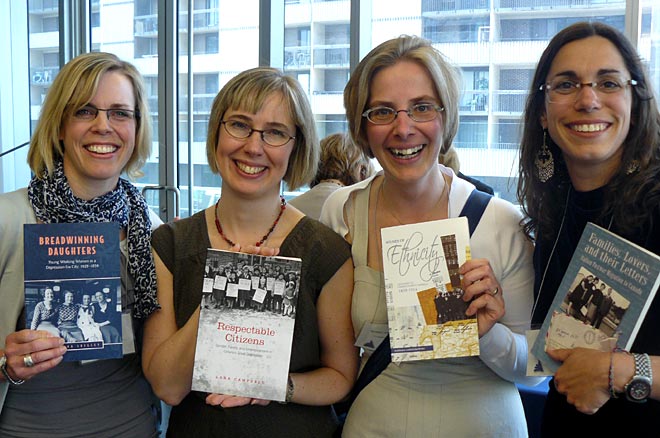